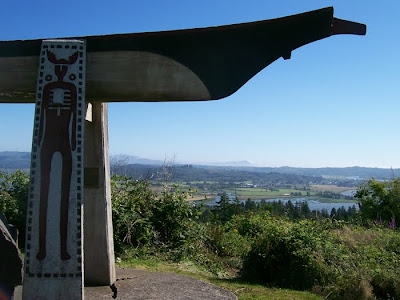 We drove out to the Oregon coast, and started at the most northern point of Oregon and headed south. Our first stop was in Astoria, which is one of the oldest settlements west of the Rockies, and a key port that Lewis and Clark explored. 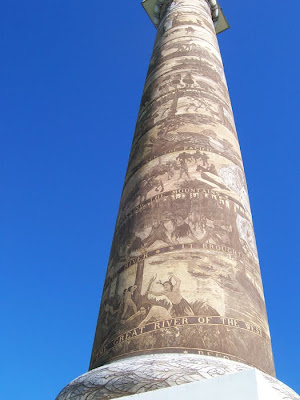 We climbed the 164 steps to the top of the 125-foot high Astoria Column. The exterior of the column shows a bas-relief sculpture depicting the history of the area. 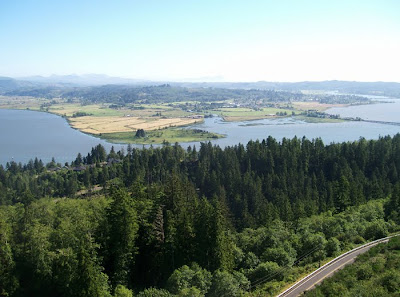 The column is located on top of a hill and offers views of the Pacific Ocean, Columbia River, Saddle Mountain and the Clatsop Plain. The suggested donation is $1 per car. 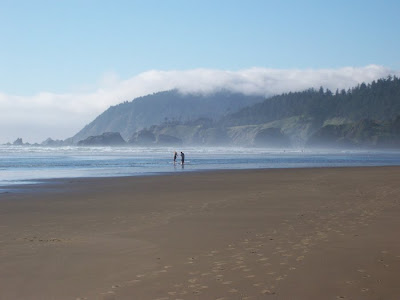 We headed south on US-101 and drove to Cannon Beach, which is a large, sandy beach, good for walking and making sandcastles. 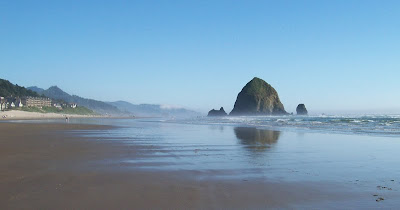 Haystack Rock is a 235 feet tall monolith and is one of the largest "sea stacks" on America's Pacific coast. The rock is home to nesting seabirds in the summer and marine invertebrates all year long.

We continued driving south on US-101 and stopped at an overlook and saw this scene. I was very interested in the colors in the water: greenish closest to the shore, a lighter blue and then a deeper blue, and the purple where the cloud sits, obscuring the horizon. The clouds on the left side of the photo drape over the beach, like someone came along a “frosted” it with the cloud. I’m not sure where this photo was taken, but it was on US-101 somewhere between Cannon Beach and Depoe Bay. (Click on the photo to see a larger view, then click the Back button to come back to the blog.)
===

We continued south to Depoe Bay, where we stayed the night and also visited the Whale Watching Center. 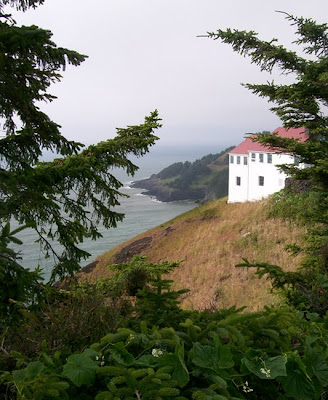 Three miles south of Depoe Bay is Cape Foulweather. The building in the picture is the gift shop. 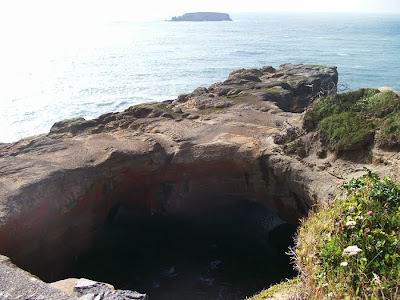 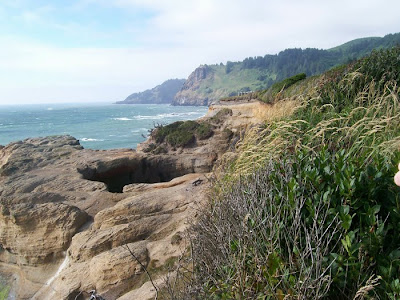 The punch bowl was probably created by the collapse of the roof over two sea caves.
=== 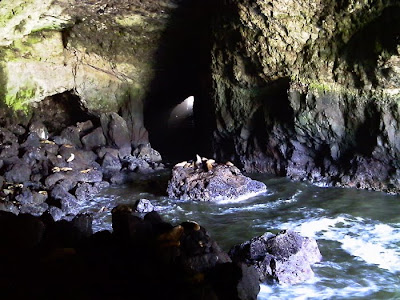 Our final stop on the Oregon coast was at Sea Lion Caves, north of Florence. There are some stairs and then an elevator that take you down into the world’s largest sea cave, where you can watch the sea lions in their natural habitat. It’s a little smelly but still worth the $12 admission fee. 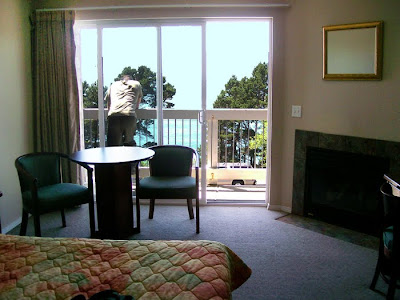 Crown Pacific Inn Depoe Bay : I picked this place because of the way it looked on the website. It had weathered shingles and balconies that faced the ocean, with just a road and trees between us and the ocean. It’s rocky here, so not actual beach access. 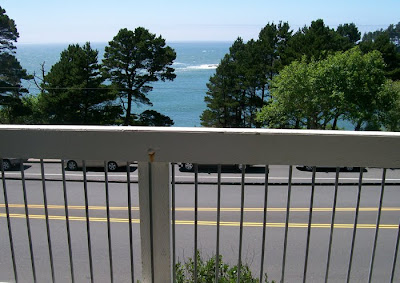 They also had fireplaces in the rooms, although it wasn’t cool enough for that, and also a hot tub. Close enough to walk to the Whale Watching Center, gift shops and restaurants. 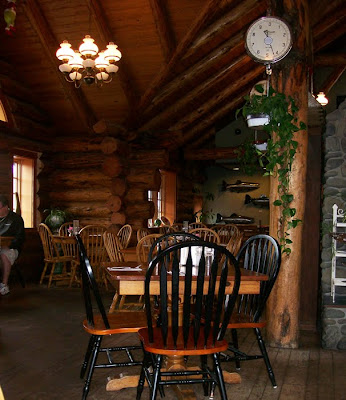 Morris Fireside Restaurant, Cannon Beach : We ate breakfast here and I enjoyed both the food and the ambiance.

While we were in Depoe Bay, we enjoyed some ice cream flavors that we don’t find in Ohio. We liked both the Marionberry Pie ice cream and Mountain Huckleberry ice cream

To see more photos of the Oregon Coast, go here: Oregon Coast on Flickr
Posted by Pam Geisel - For Quilts Sake at 4:13 PM